Our June Art Showcase at Old Soul The Alley features artists Felicia Borges, JCrux, and Nick Taylor.  Please join us for their opening art show from 4-6 pm on Second Saturday, June 11, 2022, with display continuing through July 8, 2022.

Felicia Borges loves abstract, modern, and public/street art.  She is inspired by patterns and marks, including traditional cultural symbols found in art around the world, graffiti, stained glass windows, sand art, and more.  Using bold colors, patterns, and textures, Felicia works primarily in what she refers to as “Kiln Formed Graffiti Glass” and mixed media.  Tools are often found, recycled, or handmade and can range from her own version of a Tibetan “chak-pur” to original stamps and stencils.  Finished pieces, often containing 100 layers or more, are contemporary with an industrial edge.   Felicia has collaborated and/or donated her time and work to benefit non-profit and community-based organizations such as the Natomas Garden and Arts Center, Companions for Independence, Pleasant Valley Grange, Strauss Festival of Elk Grove, Jammin’ for the Cure, Twin Rivers Unified School Districts Project DREAM, and many other school/district-wide programs in the greater Sacramento and surrounding areas.  For much more information, please visit https://www.facebook.com/FeliciaBorgesMixedMediaArtist 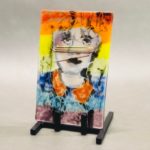 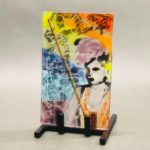 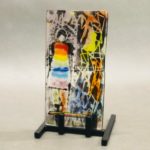 JCRUX (Jermaine Tilson) is an abstract artist from many different places, but his heart and home is on the East Coast.  He’s been an artist since the age of 6 and is self-taught.  Jermaine grew up in foster care and uses his life experiences to craft a healthy lifestyle to live a life where things are clearer and woke.  He’s put in hard work, sweat, and tears coming from a very difficult background.  Through it all, JCRUX has put his heart and emotions into his artwork to perfect it.  He shapes his art and puts him where he needs to be.  “You have to hustle hard to make your dreams a reality.” 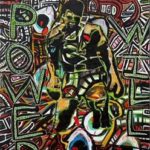 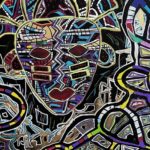 This is Your King

Nick Taylor is a local artist in Sacramento.  Nick started doing art at 8 years of age.  His grandfather would ask Nick to draw for him.  After practicing cartoon characters, he moved on to comic drawing.  That is when he started to get perspective and gesture.  Nick always had a destructive side, and when he was a teen it went from impressing his parents to something they did not understand.  He started to write graffiti and practiced from the age of 14 to the present.  When Nick was 30, his friend told him he should paint after doing some drawings for him.  His first painting was alright, but it was the next five that kept him going and helped him to realize that he had something he could not keep secret.  It was his ability to take emotion and transport it to canvas in a way that is understandable to others that made the difference.  It was also the first five that people started to ask to purchase his work.  Nick says “Art has been an amazing experience I will not give up for the world.” 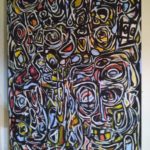 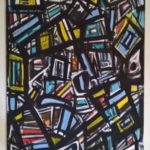 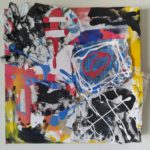