Simon Downes Toney is a 16-year-old photographer, skateboarder, appreciator of the arts, and aspiring filmmaker.  He has been making photos since the age of 10 and has been shooting predominantly film for nearly three years.

This summer Simon and his dad took a road trip.  They flew to Huntsville, Alabama, to pick up the car that Simon’s grandfather had left to them when he died a few months before.  Their drive back to Sacramento took them 2-1/2 weeks and about 4,500 miles.  Their trip took them through small southern Baptist towns, decaying reservations, and across vast empty stretches of desert.  As a 16-year-old boy raised in California, much of this was new to Simon.

He brought along two film cameras – a Mamiya RZ67 and Leica M6 – and a sack of film.  Simon ended the trip with 30+ rolls of assorted black and white and color film, all of which he promptly developed.  The end result:  12 handmade darkroom prints and 8 archival inkjet prints, all of which will be on display in his first ever solo show opening Saturday, October 12, from 6-8 pm.

Please join Simon to see his work at our Old Soul Alley location! 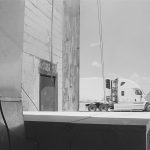 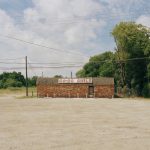 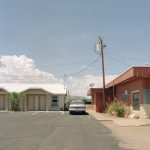